I never knew Fender did mixing desks but then out of the blue this one had to be saved from going to the scrapyard.

There were several issues

If things are to be done properly, every switch and pot taken apart cleaned and lubricated, every dried out cap replaced it takes enormous amount of time which will be worth several times the price of the console itself

With everybody moving to digital nowadays , there are high end analog consoles available for unbelievably low prices

I stripped every channel, carefully opened every single pot and cleaned using three stage process First I remove the coarse debris with compressed air, clean all the contacts and pot track with Kontakt 60 contact cleaner, wash it down with Kontakt WL and finally lubricate with Kontakt 61 fader lubricant

Nylon scratch brushes were particularly handy in this effort 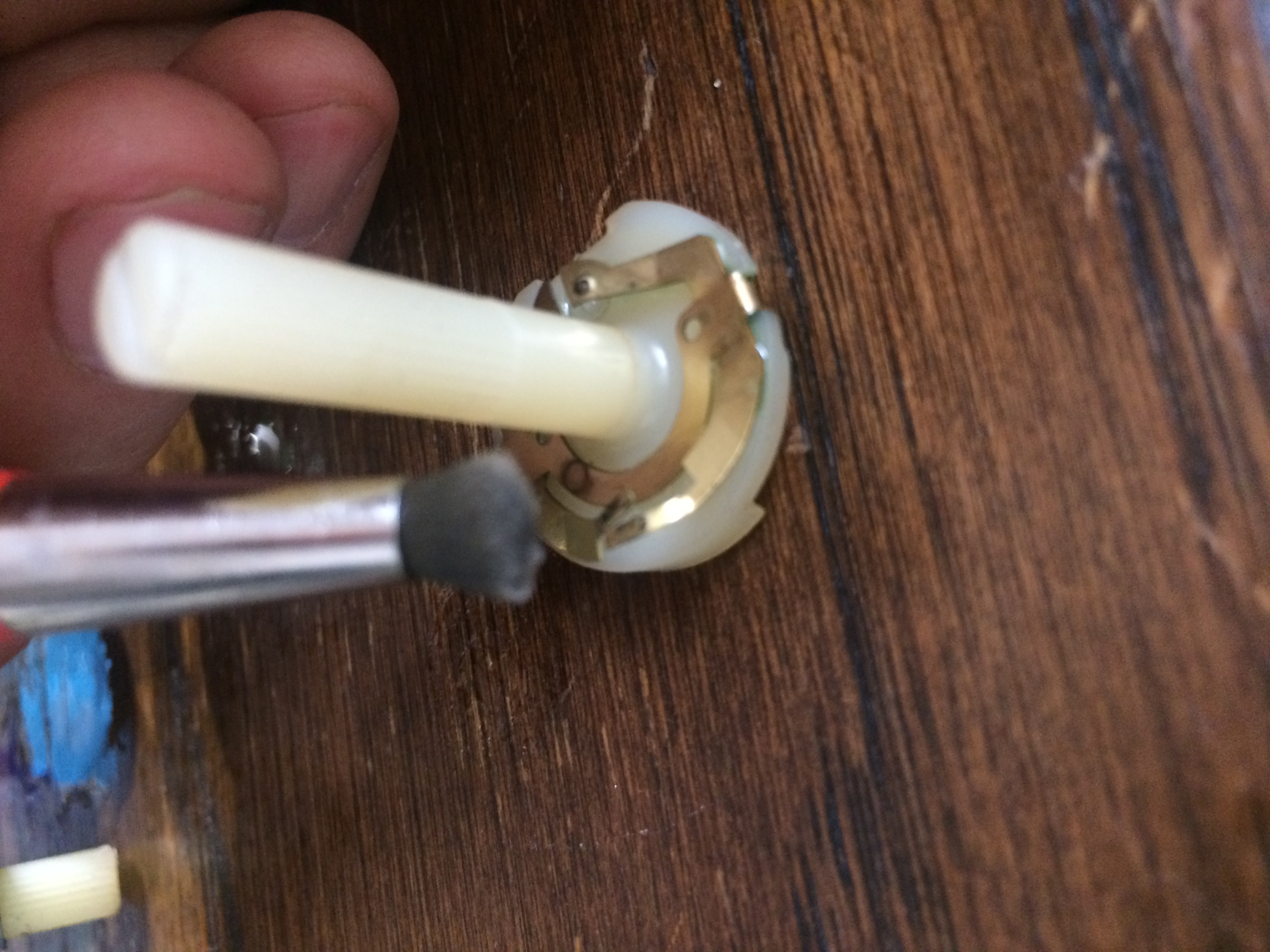 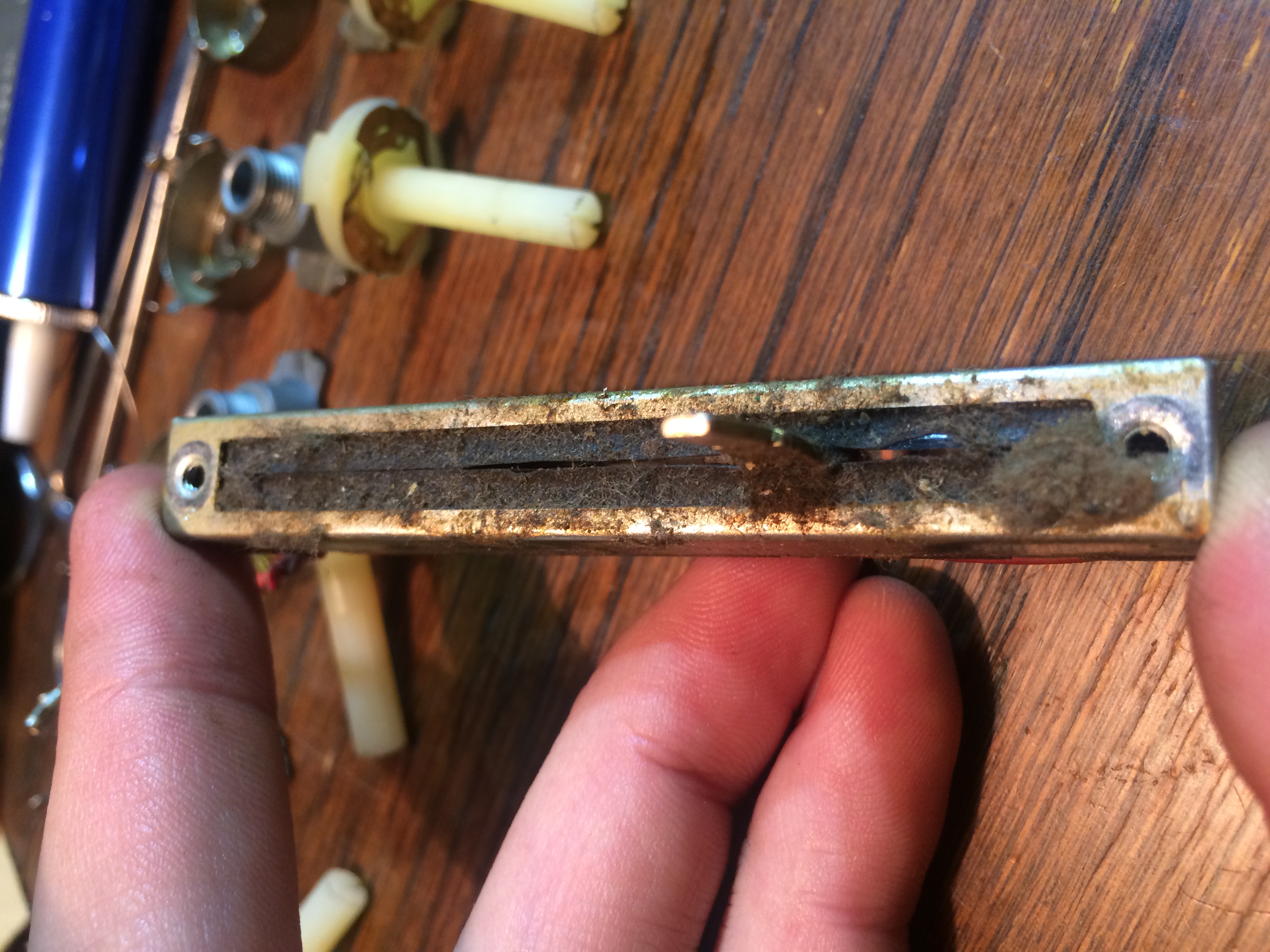 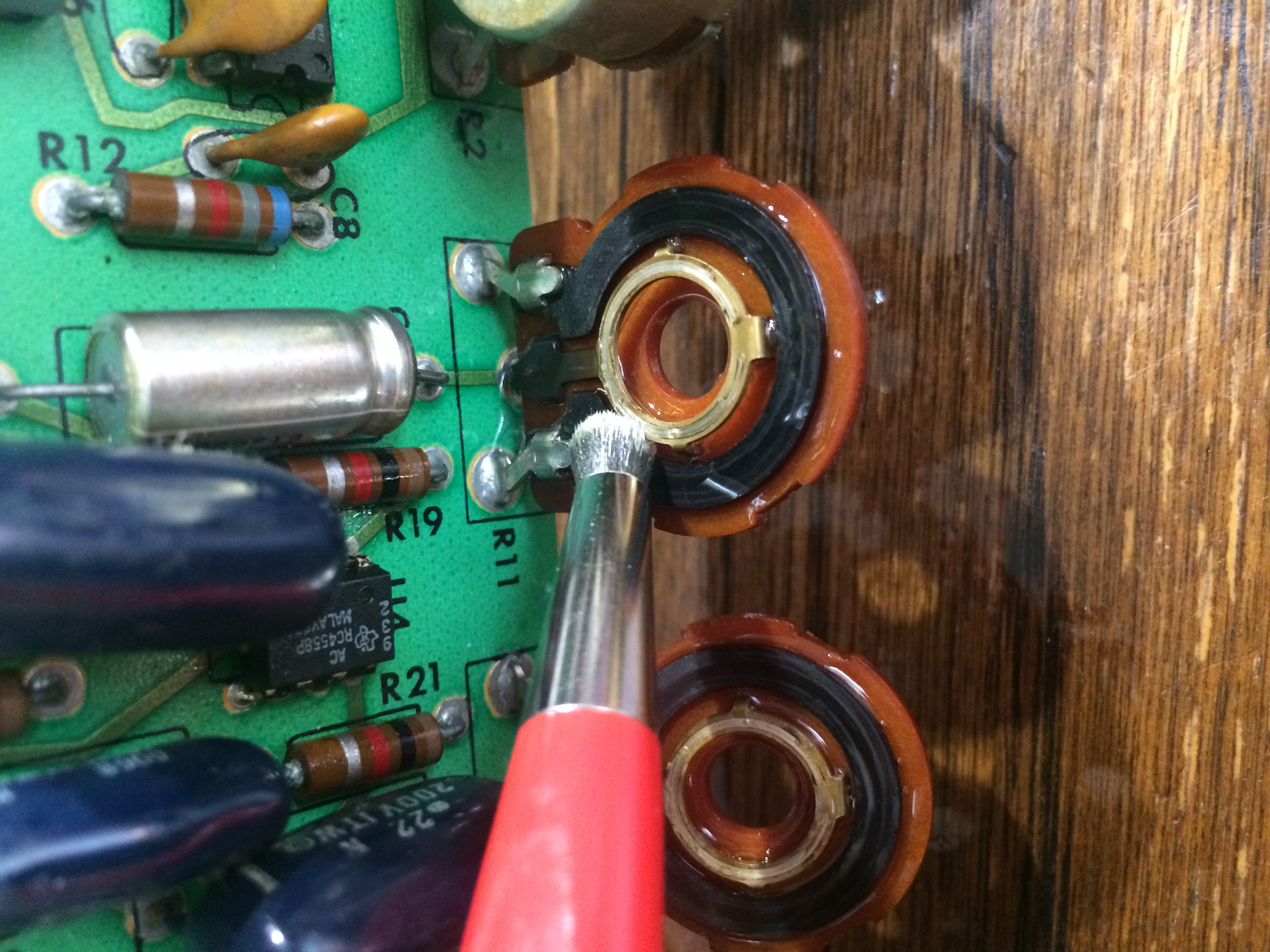 This before / after picture of the slider pot shows the difference thorough cleaning can make, all of the sulfides dust dried out grease are removed and surface freshly lubricated